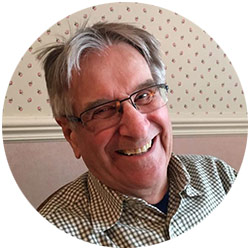 Robert E. Wubbolding, EdD, is a professional presenter whose workshops always include practical demonstrations of how to counsel a wide variety of clients. He is director of the Center for Reality Therapy in Cincinnati, Ohio, professor emeritus at Xavier University, director of training for the William Glasser Institute (1987-2011) and has taught Reality Therapy from Korea to Kuwait and from Singapore to Slovenia. A counselor and psychologist he has been a high school counselor, elementary school counselor, a halfway house counselor for ex-offenders, and a consultant to the drug and alcohol abuse programs of the U.S. Army and Air Force. He is a qualified trauma therapist.

He has authored over 150 articles and essays, 37 chapters in text books and has authored 17 books including the most comprehensive reality therapy book Reality Therapy for the 21st Century as well as Reality Therapy: Theories of Psychotherapy Series published in 2011 by the American Psychological Association and Reality Therapy and Self-Evaluation: The Key to Client Change published in 2017 by the American Counseling Association. He is a member of many professional organizations. In October 2005 he received the award of Outstanding Graduate for the 1970s decade from the University of Cincinnati Counseling Department. In 2009 he was awarded the Certificate of Reality Therapy Psychotherapist by the European Association for Psychotherapy. In 2014 he received the award “Legend of Counseling” at the meeting of the American Counseling Association in Hawaii. He was awarded “Friend of Singapore” in 2016. He has introduced reality therapy in Romania, Malta, Korea and other countries.