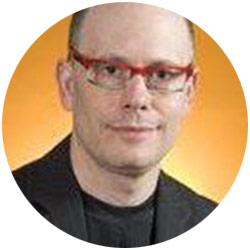 Joseph’s received his Master’s degree in social science administration from Case Western Reserve University in 1992. Since that time he has largely practiced psychotherapy with children, adolescents, adults, and couples. His practice has evolved to the point where presently he divides his time between doing counseling and psychotherapy, coaching, professional and popular writing. Additionally, he has immersed himself in life coaching, writers coaching, and coaching/psychotherapy with individuals who are struggling with chronic pain, and autoimmune diseases, such as multiple sclerosis. However, throughout his vocation a theme has been working with children and adolescents in a highly efficient, healing manner; he is often told that a child or adolescent has seen 3 to 5 therapists previously, with little or no results. Yet with Joseph’s experienced utilization of Ericksonian therapy (he began to master it beginning with his first Intensive in 1995 at the MHEF, where he learned from Drs. Geary, Zeig, and Rossi), combined with EMDR, clients are often practically symptom-free within a dozen sessions, or fewer. He finds great joy in this rapid alleviation of suffering. He has done five, or more, previous short courses. He has conducted full-day workshops for PESI, as well as doing week long intensive’s for the Cape Cod Institute, as well as other sponsors. He has authored three professional books, the first of which was released from Watkins Publishing (London, England). His fourth book will be released by Guilford, and has the same title as this short course. Finally, he is eager to share this integrative method with the attendees of his short course at the upcoming Ericksonian Congress (December, 2019).